Eddie played with Dúrlas Óg at all age levels in both hurling and football. He won Mid medals in both codes and won a County under-12 hurling medal in 1985. He played with the Tipperary under-14 and under-16 teams.

He didn’t play for Tipperary at minor level. He won an All-Ireland Under-21 medal in 1995, two National Hurling league medals in 1999 at midfield and in 2001 at centre- forward and a Munster and All-Ireland senior Hurling medal in 2001. He also won three Fitzgibbon Cup medals with U.C.C. from 1996 to 1998. Eddie was named player of the tournament in the 1997 Fitzgibbon Cup and captained the winning U.C.C. side in 1998. Eddie made his championship debut against Kerry in 1999 and was a member of the Tipperary senior hurling panel from 1998 to 2005.

When the All-Stars Awards were announced in 2001 Dúrlas Óg were very proud of the fact that Eddie was selected at midfield. He became the first Thurles man to receive an All-Star Award. 2001 was a great year for Eddie, as he along with Lar Corbett became the first former Dúrlas Óg players to win All-Ireland Senior Hurling medals.
In 2005 Eddie won a Senior Hurling championship with Thurles Sarsfields. 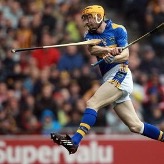 Lar represented Dúrlas Óg at all age levels. His career with the Club will best be remembered for his football success winning Mid and County Under-12 medals in 1993. Remarkably he won no hurling medals and was not a member of the Tipperary under-14 or under-16 panels. 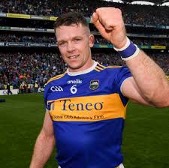 Padraic won football and hurling medals with Durlas Og. He won a County Under 14 A Football medal in 2003 and he won two County Under 16 A Hurling medals in 2004 and 2005. He lined out at full forward on the Durlas Og team that was defeated in the All Ireland Feile na nGael final in 2003.

Michael won medals in both football and hurling with Durlas Og. He won a County Under 14 A Football medal in 2003 and he won two County Under 16 A Hurling medals in 2004 and 2005 (as captain). He was a member of the Durlas Og team that was defeated in the All Ireland Feile na nGael final in 2003.

Ronan played at all levels with Durlas Og. Captaining the side from the half back line, Ronan won Mid and County U16 A titles in 2011.